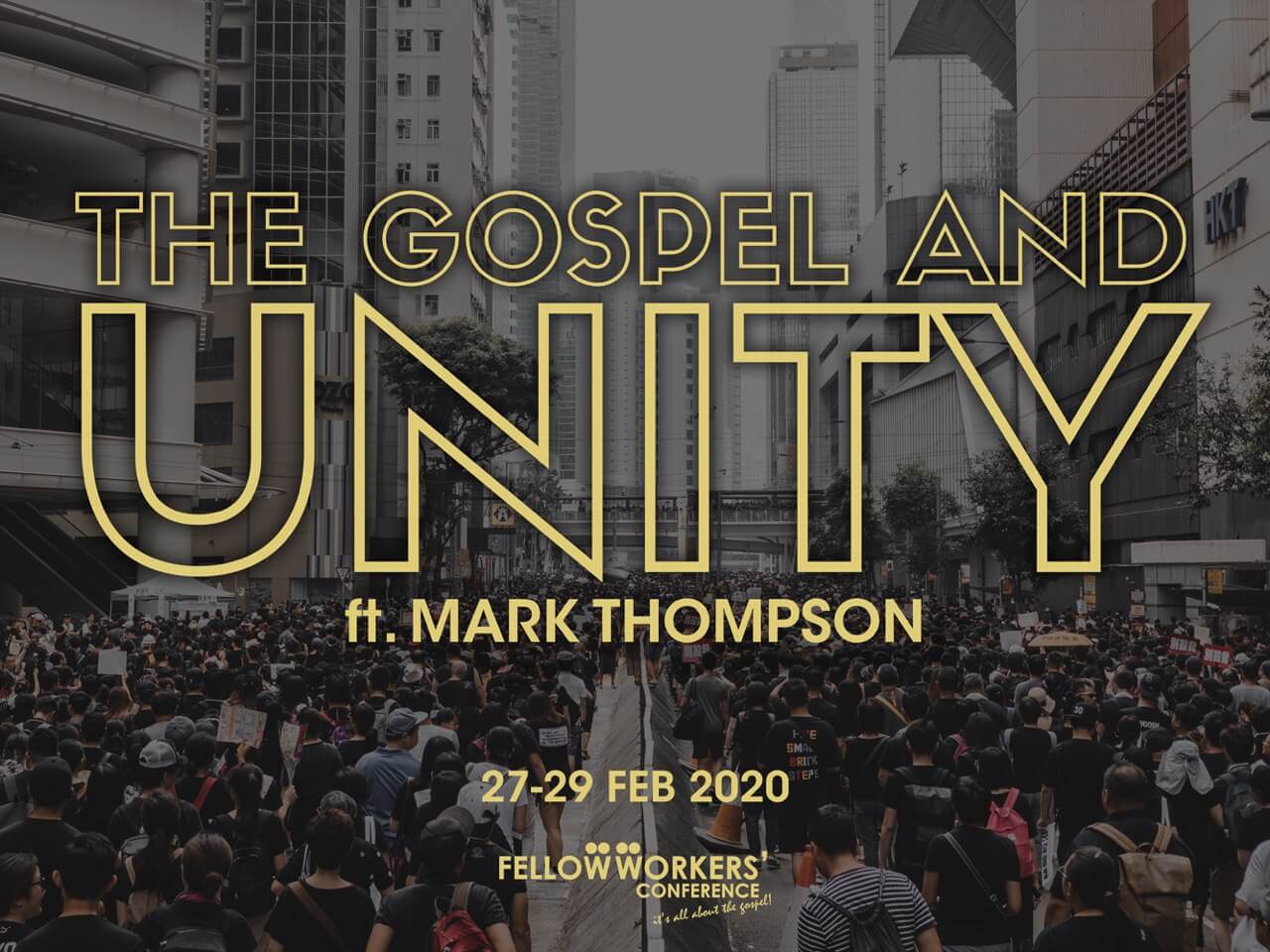 The Gospel as taught in Ephesians shows that as a result of our Lord Jesus' resurrection and ascension, the church has the capacity to be equipped in such a way that we might 'all attain to the unity of the faith' (Eph 4:13). In particular Jesus accomplishes this through the church being built up according to His teaching, 'the faith'.

The Gospel is therefore a real challenge to all Christians today, and here in Malaysia we too have to ask whether real unity exists. If the easy unity we see so popular with churches and para-churches was measured by the Gospel, by its high standards, would it be the Gospel's unity? We are told to 'reject a factious man' in Titus 3:10, but without the unity that comes from 'the faithful word' and 'sound doctrine' (1:9) we may ourselves be guilty of being divisive.

Any present unity we may have is therefore liable to shatter easily, or hold together well under false premises.

This is exactly the concern the Gospel Growth Fellowship seeks to address in Fellow Workers' Conference 2020. Thirteen years after the first conference, the struggle to keep our churches centered on the Gospel is still the critical concern.

We cannot in fact have one without the other. Importantly, the Gospel is what comes first, with unity coming from it. Any unity that Christians have is therefore nurtured by this same Gospel, and can only thrive under this Gospel. Any unity we strive for is defined by the Gospel and so it is the Gospel that draws clear lines of division and determines where we must make our stand.

In a pluralistic world it is sad that Christians share the world's belief that no truth deserves agreement from everyone and that all truth is equal. Christians fail to realise that this is not even a position with integrity – those who argue for this are not themselves prepared to accept the Gospel as truth, even if they pay lip service to giving it the respect it deserves.

As Christians then let us strive for the unity that comes from the Gospel that will make us the church Jesus has built to face the storms of 'every wind of doctrine' (Eph 4:14).

It is too easy for us to not care about unity. Caught up in the busyness of our local churches, unity has not been for us a conscious Gospel-centered concern. No doubt some of this is also because Christianity has become for many, a private matter. But this is not a realistic attitude given that we are warned regularly in the New Testament to watch out for those who would bring disunity e.g. Jude 18-21. There are no neutral combatants since even those of us who believe we stand on the sidelines safely are unhelpful accomplices if we remain neutral in the persecution of those who are struggling for the truth. We are all in fact called to watch out for those who would 'cause divisions', contrary to 'the doctrine that we have been taught' (Rom.16.17).

“The gospel of unity is another popular offering just at the moment. We are told the gospel is unity and unity is the gospel. In a slightly more nuanced form we are simply told the gospel is intrinsically about the unity issue. The gospel brings people together and so anything that separates people is against the gospel. Now clearly unity between Christian brothers is a wonderful gift of God (Jn 17.20–23). It is a very good thing (Ps 133.1). It is something given but also something we are called upon to maintain and protect (Eph 4.3). The divisive person is described by Paul as ‘warped and sinful' and ‘self-condemned' (Titus 3.10–11). Yet the gospel of unity goes a step beyond valuing unity highly. It involves defining the gospel in terms of unity.

The ecumenism of the early- to mid-twentieth century made much of this and so have postmodern approaches at the end of the twentieth century and into the twenty-first. No matter how serious you may think a theological issue is, no matter how far you may be convinced a particular person or group has wandered from the biblical gospel with dire consequences for them and others, unity is more important. To utter a criticism of another's behaviour or another's teaching, no matter how justified that criticism might be in light of Scripture, is disallowed because it is an assault upon unity and ultimately an assault upon the gospel.

More nuanced contemporary forms would not go that far. They would still leave a place, at least formally, for repudiating false doctrine. However, by making the gospel intrinsically about unity they are in reality more reluctant to engage in that repudiation themselves and suspicious of those who do. In some circles the only heresy that remains is intolerance. Truth and unity are still valued highly, at least in theory; but unity trumps truth almost every time. 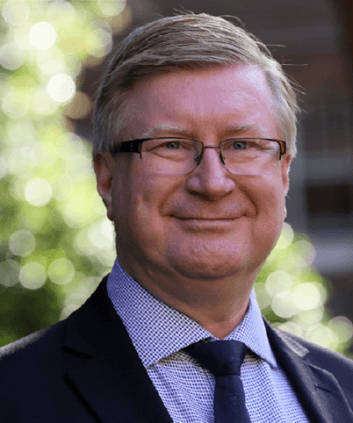 His great passion is to see men and women equipped in understanding, character, conviction and skill for the remarkable privilege of participating in God’s great mission of bringing men and women from every nation into the kingdom of his Son. He is convinced that study at Moore College is one the very best ways to be so equipped. Apart from College he enjoys family life, friendship, reading, movies, gentle exercise and meeting with God’s people at St Andrew’s Cathedral on Sundays. He is involved in a number of ways with the Anglican Diocese of Sydney, chiefly as the Chair of the Sydney Diocesan Doctrine Commission. He has also been involved with the GAFCON movement from its beginning, serving on its Theological Commission and Statement Group. Before teaching at College he served on the staff of two churches in Sydney (St Swithun’s Pymble and St Luke’s Dapto). He has served as Principal of the College since 2013.

Mark is married to Kathryn, and they have four daughters: Elizabeth, Anna, Rachel and Mary.

His research interests include the doctrines of Scripture, Christ, justification by faith, as well as Martin Luther and reformation history and theology.

Post-conference: Mark tells us how he found FWC 2020

Enjoy these recordings? Donate to help support our ministry costs.

"When a denomination begins to consider doctrine divisive, theology troublesome, and convictions inconvenient, consider that denomination on its way to a well-deserved death."

The real chasm is between those who have bowed to the living God and thus also to the verbal, propositional communication of God’s inerrant Word, the Scriptures, and those who have not.

We do not have forever to take that courageous and costly stand for Christ we sometimes talk about.

Historic Christianity, biblical Christianity, believes that Christianity is not just doctrinal truth, but flaming truth – true to what is there, true to the great final environment, the infinite-personal God.

We must stand clearly for the principle of the purity of the visible church, and we must call for appropriate discipline of those who take a position which is not according to Scripture. But at the same time we must visibly love them as people as we speak and write about them.

In a day like ours, when the world is on fire, let us be careful to keep things in proper order. We must have the courage to draw the line between those who have compromised the full authority of the Scriptures, either by theological infiltration or cultural infiltration, and those who have not. But we must at the same time practice an observable oneness among all who have bowed to the living God and thus to the verbal propositional communication of God’s Word, the Scriptures.

I consider myself convicted by the testimony of Holy Scripture, which is my basis; my conscience is captive to the Word of God. Thus I cannot and will not recant, because acting against one’s conscience is neither safe nor sound. Here I stand. I cannot do otherwise. God help me. Amen.

If I profess with the loudest voice and clearest exposition every portion of the truth of God except precisely that little point which the world and the devil are at the moment attacking, I am not confessing Christ, however boldly I may be professing Christ. Where the battle rages, there the loyalty of the soldier is proved. To be steady on all battle fronts besides is mere flight and disgrace if he flinches at that point.

The evangelical church needs depth where it is shallow, thoughtfulness where it is pragmatic, and conviction where it has become compromised. A casual adherence to a formal set of basic doctrines does not guarantee real unity and does not ensure genuine spiritual strength.

Unity is a relational good we are called to maintain where true spiritual unity is already present.

In a world of linguistic slipperiness and doctrinal indifferentism, we owe it to others and ourselves to state not only what we believe, but what we reject.

Agreeing on the right theology is not everything, but without this foundation we don’t have much of anything. A robust celebration of the Reformed faith-rooted in Scripture, focused on the gospel, and centered on Christ is not the problem. It is our best answer.

We will not stand firm in the faith if we insist on only being positive. We must state what we are for and what we are against. People are often for the right things, but their thinking is muddled and inconsistent, and they end up accepting things they shouldn’t.

Each of us should keep in brotherly agreement with all God’s children, should yield to the church the authority it deserves, in short, should act as one of the flock.

The church is built up solely by outward preaching, and that the saints are held together by one bond only: that with common accord, through learning and advancement, they keep the church order established by God.

We need to bend over backward to keep peace and maintain unity. Yet, at the same time, we are called to be faithful to the truth of the gospel and to maintain the purity of the church. That purity must never be sacrificed to safeguard unity, for such unity is no unity at all.

When an error becomes so serious that it threatens the very life of the church, when it begins to approach a doctrinal mistake that affects the essentials of the Christian faith, the church has had to stand up and say: “This is not what we believe. This false belief is heresy and cannot be tolerated within this church.”

In some circles the only heresy that remains is intolerance. Truth and unity are still valued highly, at least in theory; but unity trumps truth almost every time.