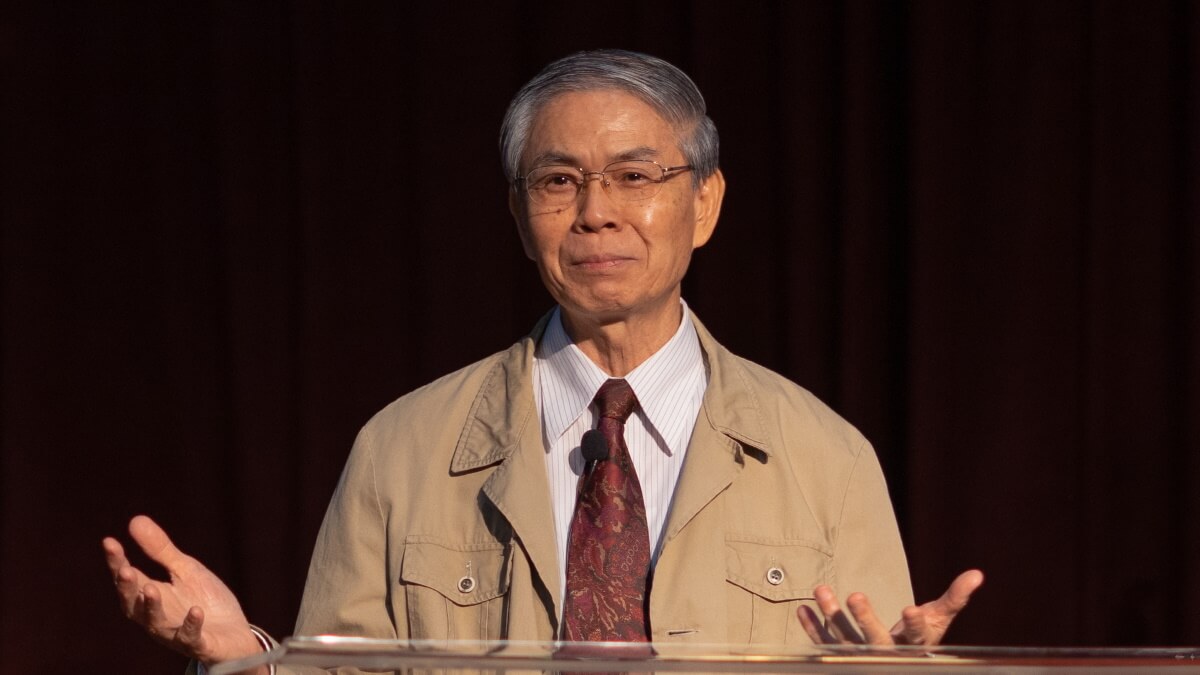 Editor's note:
This article was originally written for the Methodist Church of Malaysia's Annual Conference 2006 and published here. The author has given us permission to republish it here with the intention of addressing the wider audience of the churches in Malaysia.

Throughout the history of the church, sensitive Christians have always sought to make the Bible central in their lives. It defines our religious beliefs, our moral values, our understanding of the world, and our vision of what life under God is all about. Within the Bible itself, we are constantly reminded of the centrality of God's Word in our lives. The Psalmist (119:105) states: 'Your word is a lamp to my feet and a light to my path.' In responding to the devil's temptations, Jesus replied three times: 'It is written …' (Mat 4:4, 7 & 10; and par.). Paul in his letter to Timothy reminded him of the foundational importance of the Bible in the life of God's servants with the words: 'All Scripture is breathed out by God and profitable for teaching, for reproof, for correction and for training in righteousness, that the man of God may be competent, equipped for every good work' (2 Tim 3:16f). John Wesley, by referring to himself as 'a man of one book', spoke of his own devotion to the Bible!

Time and again when the church has lapsed into spiritual decline, it is often because the clear message of the Bible had been neglected. The classic example was the period just before the 16th Reformation, when human tradition took precedence over biblical truth in the church. The cornerstone of the 16th century Reformation, one of the greatest spiritual movements in church history, was the sola scriptura (Scripture alone) principle. Spiritual and moral decline during the preceding centuries had led to confusion within the church of where final authority in theological and moral teaching was found. Against this background, Martin Luther and the other Reformers argued that the church's final authority rested on Scripture alone.

This was summed up powerfully in Luther's famous words before the German emperor at his trial at Worms, when he was asked to recant his teachings. He said: 'My conscience is captive to the Word of God. I cannot and I will not recant anything, for to go against conscience is neither right nor safe. Here I stand. I cannot do otherwise. God help me. Amen.'

Yet there are clear signs that Christians in Malaysia are losing their grip on the primacy of Scripture in their life and ministry. Just step into the average Christian bookshop and you will find the books that really sell well are those centred on experience, rather than on the clear exposition of God's Word. This is partly a reflection of the state of western evangelical and charismatic Christianity, from which most of our literature comes. It is also a reflection of the spiritual state of our own churches. So often we seem to be concerned with more and more experiences (the more dramatic, the better), instead of desiring to dig deep into God's Word and to think through its implications.
.
Further, many appear to have succumbed to the modern mind-set which tends to thrive on emotions, rather than clear thinking. In an age of instant coffee and 'Maggi Mee', we prefer to go for quick answers rather than to slog through the solid study of the Bible. We forget too easily that even in normal life one can hardly grow healthy and strong on instant coffee and 'Maggi Mee' alone!

Alongside this is another fact that appears rather troubling, to put it mildly. Many Christians appear to accept rather unthinkingly the misleading and wrong teachings that have been often meted out to them, supposedly from the Bible. Examples of this abound. From western charismatic circles have come 'health and wealth' or 'prosperity gospel' teachings that have more to do with the American dream of a comfortable and prosperous life-style than with Jesus' call to take up our cross daily if we would follow him (Luke 9:23). Speculative ideas of Jesus' Second Coming, flogged by self-styled 'End-time' experts, both foreign (e.g. Tim Lahaye, who made millions through his Left Behind series) and local, tickle our fancies no end. Teachings on 'spiritual warfare,' which clearly need reemphasizing in our churches today, are nonetheless confusing lots of people. Often wildly bizarre ideas are brought in because some preachers fail to stick to the plain meaning of the biblical text!

One of the greatest contributions made by the 16th century Reformers in their efforts to revive the church was to reject unnatural interpretations of the biblical text, because in the end you can make the Bible say anything you like. Against the background of fanciful medieval exegesis, Martin Luther reminds us that we 'must keep to the simple, pure and natural sense of the words, as demanded by grammar and the use of language created by God among men.' John Calvin puts it even more forcefully when he urges us to 'boldly set aside as deadly corruptions, those pretended expositions which lead us away from the natural meaning.'

For much of the 20th century, the church worldwide has had to fight heresies taught by liberal Christianity. Nevertheless, it also needs to be pointed out today that within the church the threat of heresy is not necessarily coming from liberalism alone. Rather, more and more it appears to come through the careless and wrong interpretations of Scripture from within the more conservative branches of the church. An article on house churches in China draws attention to the same problem. The writer speaks of heresy as one of three main problems they face. It goes on to quote one of the house church leaders as saying: 'We used to think heresies would disappear with Bibles arriving, but in our area, we have plenty of Bibles but still heresy persists. We see the need not only to bring the Scriptures, but to teach the right interpretation of Scriptures.' ('Gossip, Money, Heresy: The Top Three Problems of China's House Churches!' Open Doors Prayer News, Feb/Mar 1999, p.2.) Does this not have something vital to say to us?

I have used the above examples to draw attention to a fundamental problem within much of the Malaysian church today-our inadequate efforts at giving primacy to God's Word and its proper study. We need to strongly emphasize again the sola scriptura principle today. Without this reemphasis, we will always lack the power and clarity of vision that only it can give to the church!

As part of this concern, we must make every effort 'to master God's Word and be mastered by it.' This must begin with every one of us within the church. We must make Bible reading our duty and a daily habit, both for ourselves and our families. There are plenty of guides to help us today, including excellent Study Bibles in both English and Chinese. A good practice is to spend at least half an hour a day on this.

Further, leaders and pastors of our churches will need to devote much more energy and attention to carefully studying and teaching the Bible, using the best Bible study tools available to us today. As part of this concern, we must challenge the view common in some circles today that formal theological studies is quite unnecessary and a waste of time. That there has been plenty of examples of bad theological education need not be doubted. But the answer to bad theological education is not NO theological education. This is to throw the baby out with the bath-water! The result of such views is evident in many churches today, where preachers have no time or insufficient training or both to teach properly. Thus members are being fed with 'milk' instead of 'solid food' (Heb 5:12f) year after year, and never helped to grasp the unsearchable riches of God's Word. Yet many leaders wonder why these members do not move on in their Christian lives.

This leads to another requirement. Having learned the deep truths about God's Word through discipline and careful study, as pastors and church elders we must then put our hearts and souls into teaching it properly to God's people. In particular, we should not be afraid to give them more solidly biblical sermons-as against merely experience-centred ones. We must not hesitate to expound the great truths of the Bible so that God can set more and more lives on fire with His Word!

At last year's Annual Conference sessions, I challenged many of our pastors to take seriously their responsibility to preach and expound God's Word in the Bible once again. Would it not be wonderful when the day would come when Christians in this country will know that if they want to have good bible-centred preaching, they can always find it in Methodist churches throughout this country? How we need to pray that God will graciously work in our lives and church, so that we will be able to hear much more great biblical preaching thundering from the pulpits of all our churches today!