Jesus loves me this I know,
For the Bible tells me so...

The simple words of the child’s ditty bear testament to the once clear authority of Scripture—for the Bible tells me so. Sadly, around the world and here in Malaysia, these words can no longer be presumed to be the simple logic of either individual Christians or even a church’s ministry and doctrine.

Without a doubt, this is one of the most frequently assumed doctrines by Christians and at the same time a frequent point of controversy both within and without Christianity alike. People are happy to agree that the Bible is a ‘holy book’ until Christians start acting controversially or disagreeably on the basis of what it says.

For this year’s TTC, following on from The Fellow Workers’ Conference 2010’s ‘Gospel and Interpretation’, we focus on the important evangelical doctrine of Scripture.

As Christians, all that we do in the end must turn on our understanding of this doctrine. Just what does it means when we commit to upholding the Bible’s authority? Can we explain it in the face of multiple other claims to authority that we ourselves acknowledge? Is Scripture unclear in any way? In what way is Scripture authoritative when authorities conflict with what the Bible says on an issue of controversy? Just how far does Scripture’s authority go?

How will God’s church be affected if Christians do not have a clear sense of what the Bible claims about itself?

The Reformers recognised the way their doctrine of Scripture affected their position on many fronts, and from this fundamental agreement the Bible’s authority do we have the Reformers’ call for ‘Sola Scriptura’. Today, every Christian who has benefitted from this return to Scripture must grasp the shape of this central commitment in order to do the ministry that pleases God. 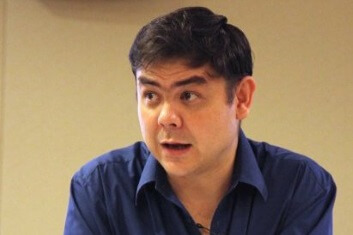 Andrew Cheah is the Sub-Dean of St Mary's Cathedral. He trained as medical doctor in Adelaide before embarking on a ministry apprenticeship followed by 4 years at Moore Theological College in Sydney. With his family he returned to Kuala Lumpur to serve the church full-time. Andrew is passionate about reaching the unreached with the Gospel of our Lord Jesus and is keen to see God's people discipled to maturity in Christ and equipped for works of ministry. He loves to eat and can often be seen tucking into a hearty banana leaf lunch. Andrew is married to Judi and they have two daughters, Hannah and Beth.